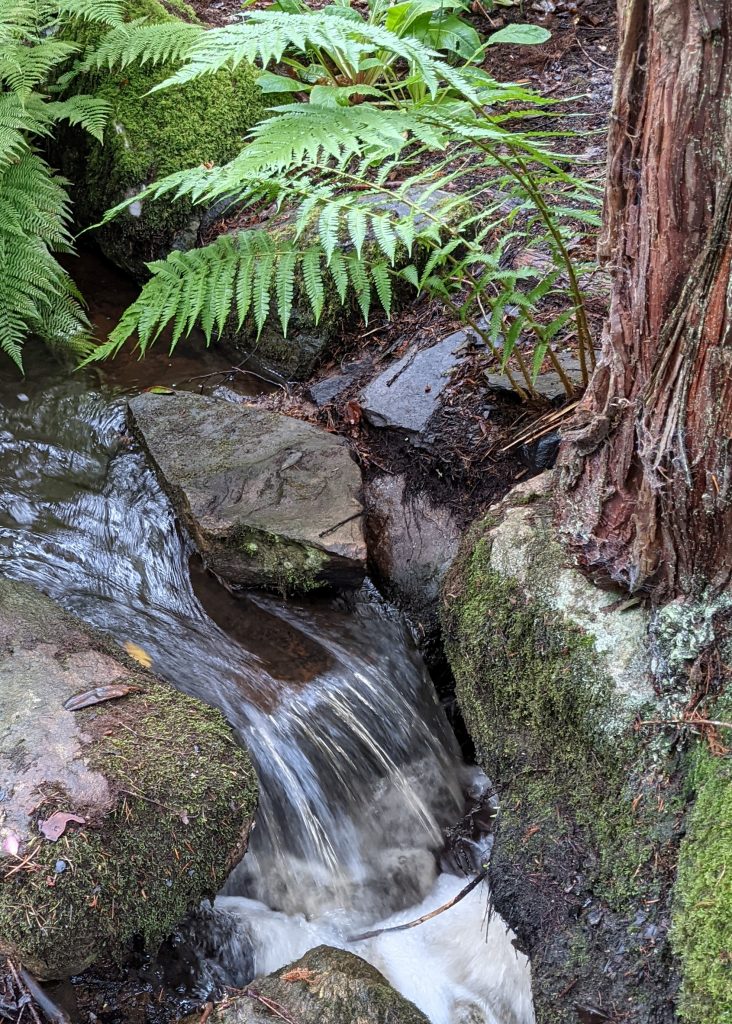 How clear is crystal clear?

That homeopathy works is crystal clear to me, but what if you have never used homeopathy?

The other day I did a miserable job in explaining homeopathy to someone.

Granted time was short, but my explanation wasn’t crystal clear.

It is easy to disappear down the proverbial rabbit hole

(photo I took of a stream in Aberdeen-shire. Deeside water is notably pure – crystal clear)

Proof of the pudding…

The family doctor I saw as a child used homeopathy. I got better and didn’t think much about it…well, I was a child after all.

That is just how it was for me.  Maybe a seed was sown…

A seed that lay dormant until a memory is stirred….

He’d gone done with something as kids do … virus probably…

Of the shelf comes Dr Andrew Lockie’s book The Family Guide to Homeopathy, and a little homeopathic first aid remedy kit that I had bought.

Let’s switch to Belladonna (excellent for fevers in children, they say)…still no change…

Back to the book…l’ll try Gelsemium (drowsy, dull, shivery) …. his appearance changes

And that within a few minutes ….

Beginners luck – but wow I was impressed*.

(*n.b. the reaction to a first aid remedy can be fast especially in children with good vitality – long standing and deeper seated complaints take longer to resolve)

Crystal clear that Gelsemium worked where Aconite and Belladonna didn’t…

Zeitgeist… (spirit of the age)

Some say homeopathy is pseudo-science.

How often in the past year have you heard the phrase “The Science ..”?

But science is dynamic not a tablet of stone. There is no “The”. It’s a means to understanding; it’s never constant and ever changing.

How about margarine or butter?…We still cannot decide (unless you sell butter or margarine)!

[Just to emphasise the point, listen to Dr Chris Knobbe ]

A notable scientist, the late Stephen Jay Gould, argued that: the role of Science was to establishing facts; the role of Religion, values

Another perspective might be that science considers the physical or material world, and religion that which is immaterial or metaphysical.

Science likes things that can be ‘measured’; it is not too keen on the metaphysical.

But much of that which is important to us as humans is beyond the physical; is metaphysical – our emotional response to each other, to art, to nature and so on.

The scientific mind tends to bind to the physical, and some scientists can be so sceptical about the metaphysical that they reject such concepts …

But is it truly crystal clear?

It is quite a battle out there, I can tell you. Here is a nice blog from Scientific American

Guess what, homeopathy, with its potentised (ultra dilute) remedies likely straddles the metaphysical and physical

The “Skeptics” love to hate it … aggressively

Maybe there is “something in it” after all?

You won’t have heard, but many volumes have been written on homeopathy over two centuries.

And some stunning new work like that from Michel Yakir

“..There are things we know we know. … But there are also unknown unknowns—the ones we don’t know we don’t know”.

We may still chuckle at the late Donald Rumsfeld words, but how true.

“In the beginning was the Word…”

The opening words of The Gospel of St John.  Quite powerful.

And worth reflecting on..

Though these words come from a religious text, science has for some time recognised the correlation between matter, energy and information.

Homeopathy is not about chemistry – that’s crystal clear.

What about physics – it could be energetic or put another way informational.

Something metaphysical; a transfer of thought – a bit like a software download (also metaphysical by the way).

Physical in a way that we cannot yet measure.

Recall that out bodies are two-thirds water.

The preparation of homeopathic medicines is a process of serial dilution and agitation, termed “potentisation”. It is quite clear that some aspect of the original material substance is transferred. 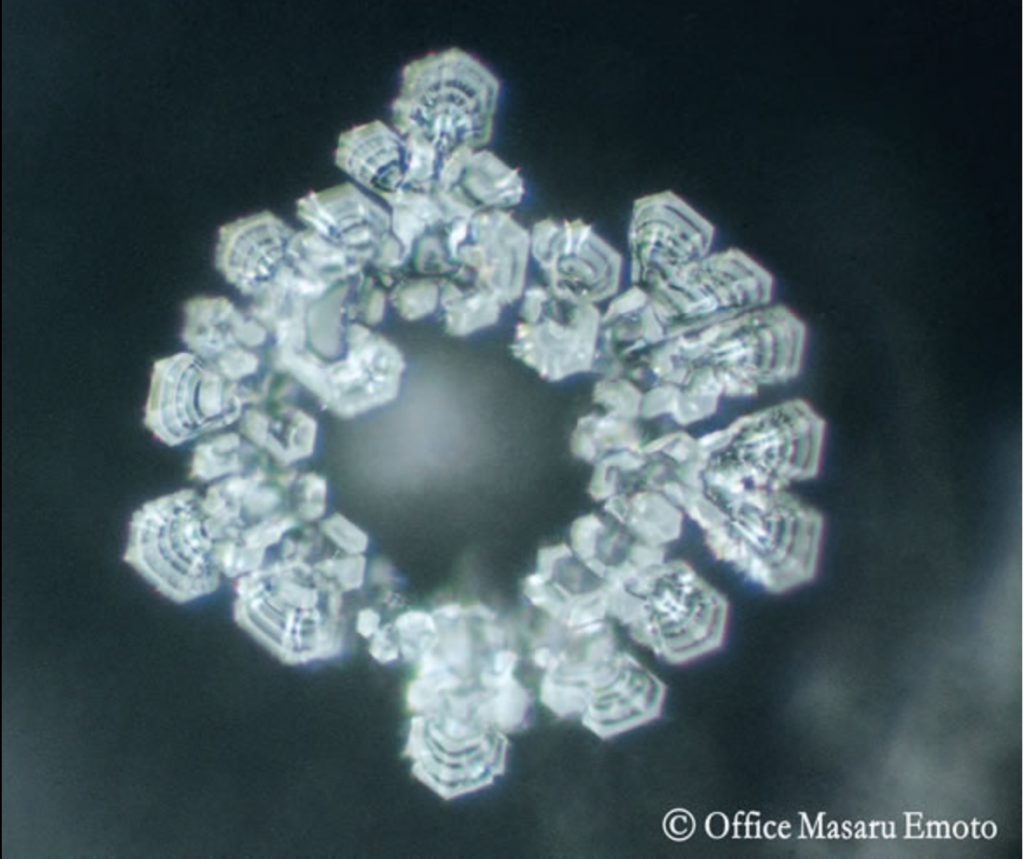 The late Dr Masura Emoto, experimented with the influence of thought on water.  Here is just one picture from his website from the water at Lourdes

Prof. Jerry Pollack in the USA has discovered a fourth water phase which has potential implications

Links in the chain of the homeopathy puzzle? Maybe.

Most folk drive their cars with (increasingly) little knowledge of what is happening under the bonnet.  Your auto-engineer does, true, but cars are man made.

And humans are not machines, nor are they not man made.

Despite advances in medical science there is still much that is unknown, and if a little homeopathy keeps you ‘running smoothly’, in homeostasis, why not use it?

There are “known knowns”….homeopathy works.

And “unknown unknowns” to find and solve…

Science will bring its understanding in time.

HOMEOPATHY INFORMATION AND THE ONION

Isn’t this a fantastic looking flower? It is an ornamental hybrid of the onion; the Allium species.

The common onion is Allium cepa, a name which may derive from two Celtic words “all” and “cep”, meaning “hot” and “head”. In full bloom the flower is indeed like a head – a big beautiful sphere.

In folklore, even in the 19th century, placing sliced onions around the home, or in a bag worn around the neck was considered to protect against contagion during epidemics.

Perhaps we should revisit past wisdom, given the current challenges? But I suspect sending your children back to school with a bag of chopped onions around their neck might not be popular?

When chopping onions for the cooking pot streaming eyes and runny nose is all too familiar! This is “coryza” or “rhinitis” in medical parlance.

As a homeopathic medicine, one use of Allium Cepa is in the treatment of an attack of “hay fever”, whose symptoms of coryza, as you all know, are rather similar to those from chopping onions. The nasal discharge is acrid and that from the eye bland.

Now symptoms, from a homeopathic perspective, are not just an inconvenience – they point the way to cure. They inform.

So don’t go suppressing the symptoms.

The homeopathic core principle is “like cures like”. This means giving a medicine that mimics the symptoms suffered.

In short do as the body asks.

Homeopathy supports the body’s attempt to cure. It helps it over “the hill” that needs to be climbed.

The body speaks its language – it informs; we must listen and act accordingly.

Cutting edge Quantum Physics tells us that our entire universe is “informed”. Indeed, it tells us that we are “informed” – right from the moment of our birth to our last breath.

Current thinking is that the brain is a sort of transmitter / receiver, as much as a pseudo computer for processing our thoughts and bodily signals.

So, the brain may be receiving “downloads” – something like the downloads to our electronic gadgets. Fascinating.

Last night, courtesy of the Scientific and Medical Network I listened to Dr Doug Matzke talk about his research into quantum computing.

He has a new book titled “Deep Reality” – tad over my head mathematically – but the fundamental role of “information” in nature is becoming clear.

Homeopathy is information medicine, born ahead of its time.

I am watching an interesting YouTube clip by Dr Zach Bush https://youtu.be/f6zb5rXgRvs. I say ‘am’ because it is quite long and I am taking it in bite size chunks. Quoting from an online version of the Oxford Dictionary he observes that the definition there in of ‘nature’ is the natural world around us; something rather apart from man. Dr Bush draws our attention to the fact that man is actually fully part of nature not ‘apart’ from it. We have long tried to control the natural world, but current crises from pandemic to environmental, suggest a need to better understand our limitations. He is all for science, but points out that science is not a fixed body of knowledge. It is an ongoing endeavour. 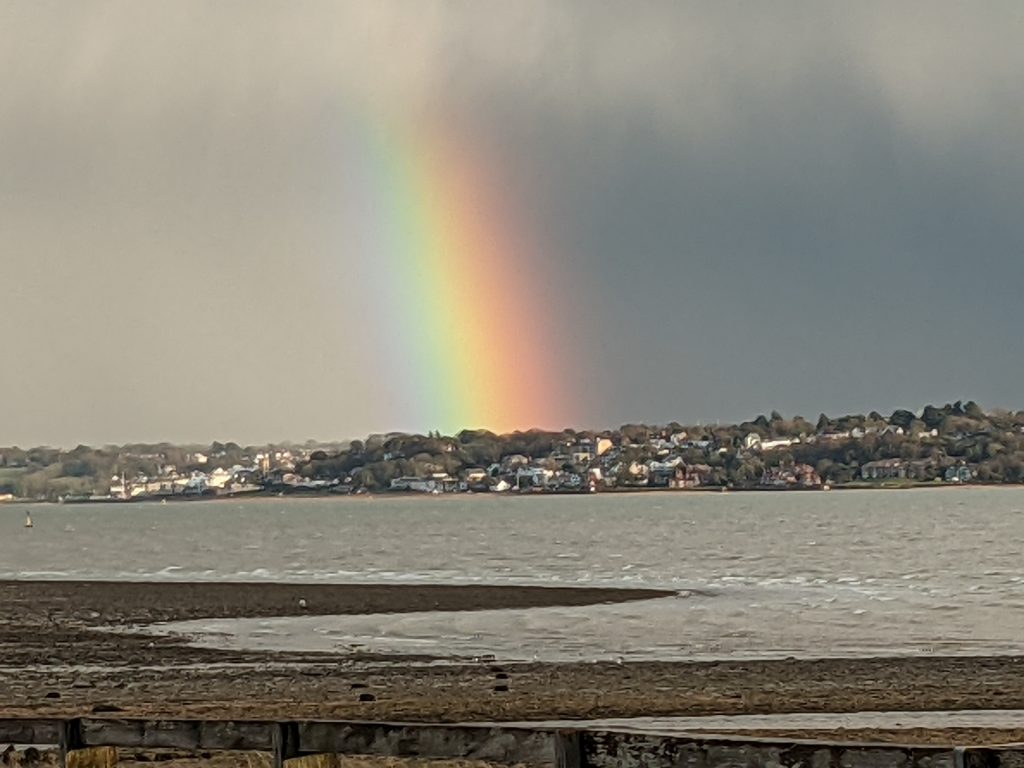 Isle of Wight from Lepe

I took the above photo on a blowy day about a month ago. It is hard to say what early man made of such a scene, and science brings its explanation of light reflected and refracted through water droplets. Nonetheless a rainbow still makes you stop a while and watch. The scientific analysis is good but I bet many at Lepe that felt the colours a omen for better times after a tough year.

A relatively recent scientific endeavour is the micribiome. That is to say, the gut. Dr Bush tells us that our guts are full of viruses and bacteria; many billions of them in fact. The same is true of the soil, the sea and the whole of the natural world. The living world adapts to viruses and bacteria; it has done so from the beginning of time. You might wonder then about our strategies concerning SARS-Cov-2; certainly Dr Bush does.

Complementary medicine has long taken and interest in diet and hence the gut, and on that I will say a little more next time.

Disclaimer: I am a qualified professional homeopath and not a medical doctor. The NHS has many resources, and seeking the opinion of your GP is always of value.